That expression, “First things first,” is a piece of counsel often given to students of business techniques. It is the advice of practicality to those who aspire to worldly success. But according to the Hermetic doctrine, “As above, so below,” that which works best in one level of life is often the best guide to what will work best on every other level. If a person is true to his highest priorities, he will generally find that his other needs are fulfilled naturally as well.

This is true, certainly, of the search for God. One of the greatest sayings of Jesus Christ was this simple sentence, in the Gospel of St. Matthew, Chapter 6:

Seek ye first the kingdom of God, and His righteousness; and all these things shall be added unto you.

Paramhansa Yogananda gave his elder brother Ananta a wonderful lesson in this truth. It was Ananta who had captured him and brought him back from his flight to the Himalayas, described by Yogananda in Autobiography of a Yogi. In Yogananda’s book we read how Ananta later challenged him, in the city of Agra, to pit his divine faith against such “practical” worldly considerations as the need for earning a living. Fearless before that challenge, the young aspirant agreed to go by train, without any money, to the nearby town of Brindaban; not to miss a single meal in Brindaban; and to find his way back to Agra without begging and without in any other way asking for help. In one of the most thrilling chapters in the book, Yogananda fulfilled all the conditions of the test. Yogananda continued the account:

As the tale was unfolded, my brother turned sober, then solemn.

“The law of demand and supply reaches into subtler realms than I had supposed.” Ananta spoke with a spiritual enthusiasm never before noticeable. “I understand for the first time your indifference to the vaults and vulgar accumulations of the world.”

Late as it was, my brother insisted that he receive diksha (initiation) into Kriya Yoga.

As the Bhagavad Gita puts it in the ninth Chapter:

A good sense of humor is an effective means of keeping a sense of perspective through the trials and difficulties of life. By not taking things too seriously, one develops non-attachment.

One should not laugh too much, however, lest the mind become light, and one’s view of life, superficial. Thus, one needs to achieve a sense of perspective where humor itself is concerned. The best way to do so is to share one’s laughter with God; to laugh with the sense of His joy, within. Never laugh at people, but rather with them. For humor should be kindly, not sarcastic. Laugh with pure delight, and everyone will join you in your laughter.

In laughter I recall my own mistakes. Merriest am I when, by laughing, I include myself!

I delight in life’s comedy, for it reminds me that true sanity exists in Thee alone! 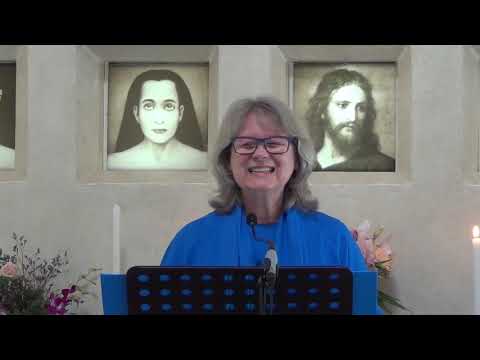