These programs and resources are reserved for members of the Sangha Spiritual Family Online. Join here. You will choose your login and password, and use them to gain access to these inspiring materials and events. If you are a Disciple or a Kriyaban, your login gives you access to additional materials.

An endlessly fascinating question is, Why did Judas fall after receiving the extraordinary blessing of being accepted into the inner circle of Jesus Christ’s disciples? For Judas was one of the twelve apostles. Yet he betrayed Jesus, and earned for himself the opprobrium of Christendom for all futurity for his sin.

We find Judas reprimanding Jesus just days before that betrayal. Jesus, aware that his disciples would soon be facing, with his death, the supreme tragedy of their lives, allowed Mary to express her devotion by anointing his feet with costly ointment. This act of “wanton waste,” as Judas saw it, awakened indignation in that disciple.

“Why was not this ointment sold for three hundred pence, and given to the poor?”

This he said, not that he cared for the poor; but because he was a thief, and kept the purse, and bare what was put therein.

Then said Jesus, “Let her alone: against the day of my burying hath she kept this. For the poor always ye have with you: but me ye have not always.”

Doubt not the power of delusion. Respect it—indeed, fear it, though not in the sense of cowering before it. For, as Yogananda said, “One is not safe until he attains nirbikalpa samadhi—the state of final union with God.”

Judas, through attachment to money, opened his consciousness to subtle influences, which may be called satanic, that drew his thoughts toward other related attitudes: the importance of worldly power, for instance, and of worldly influence.

The Bhagavad Gita gives a graphic explanation of how easily the mind can be drawn downward, once it begins to feed on wrong attitudes. In the second Chapter, Sri Krishna states:

If one ponders on sense objects, there springs up attraction to them. From attraction grows desire. Desire, impatient for fulfillment, flames to anger. From anger there arises infatuation (the delusion that one object alone is worth clinging to, to the exclusion of all others). From infatuation ensues forgetfulness of the higher Self. From forgetfulness of the Self follows degeneration of the discriminative faculty. And when discrimination is lost, there follows the annihilation of one’s spiritual life.

“At the first thought of delusion,” Paramhansa Yogananda said, “that is the time to stop it.”

People commonly delude themselves with easy rationalizations. “Maybe I wasn’t as kind as I might have been,” they’ll say, “but wouldn’t you have been unkind, too, if he’d treated you that way? It wasn’t my fault. The fault was his.” Thus, the blame for every wrong is placed at one’s neighbor’s door.

Introspection means to behold oneself from a center of inner calmness, without the slightest mental bias, open to what may be wrong in oneself-not excusing it, but not condemning, either. Introspection means referring what one sees to the superconscious mind, and detachedly accepting guidance, when it comes.

I am what I am; wishing cannot change me. Let me therefore face my faults with gratitude, for only by facing them can I work on them, and change them.

Let me not delude myself with desires, Lord. Teach me to see behind the play of my thoughts Thy ever-calm gaze of wisdom. 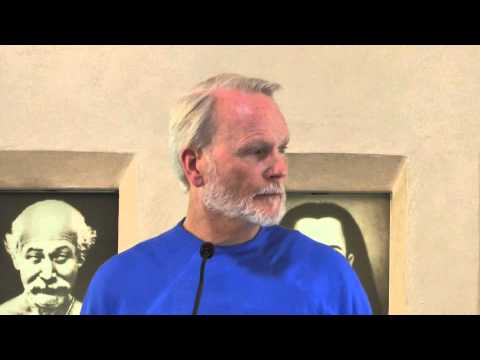 Why Do Devotees Fall?